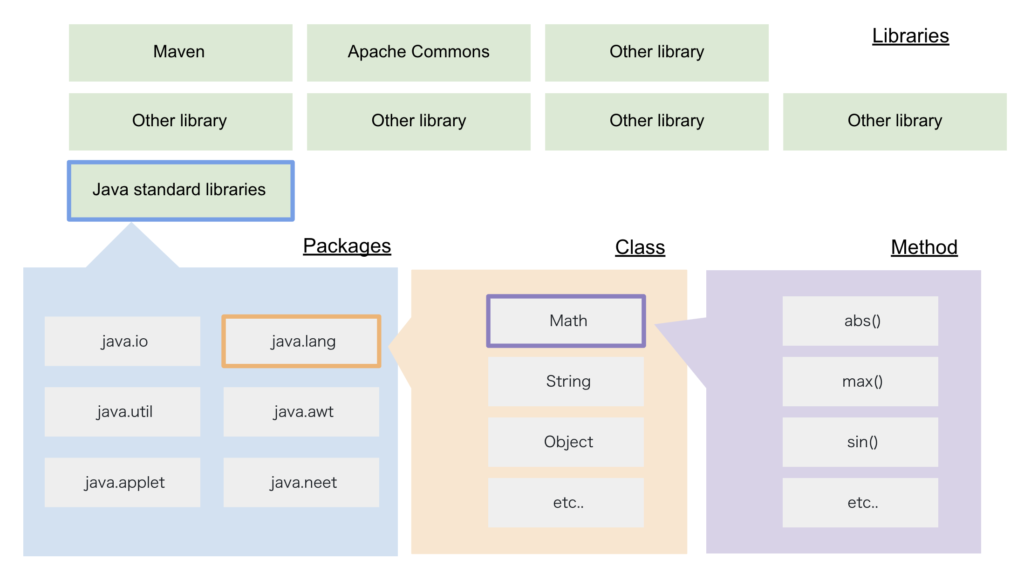 I just wanted to organize my thought about relation between library and package so that I can be clear to use these functions.

Library is group of programs and frameworks that is already tested which works for many problems.

There are a lot of kind of libraries. So I picked up some example:

This group of programs which is called library are classified and stored as "packages" according to similar functions.

What's the example of packages?

Here's the example of packages in Java.

Package is part of the library. I organized in the sheet.

You can find a lot of kinds of Libraries, packages, class, method in Java world.

Why library is created?

It's inefficient that every programmers spend times to create same things or solve same problems. So tested codes and frameworks are g to deal with many problems that programmers often face in a short time.

[Java] How to access data using array, ArrayList, and map 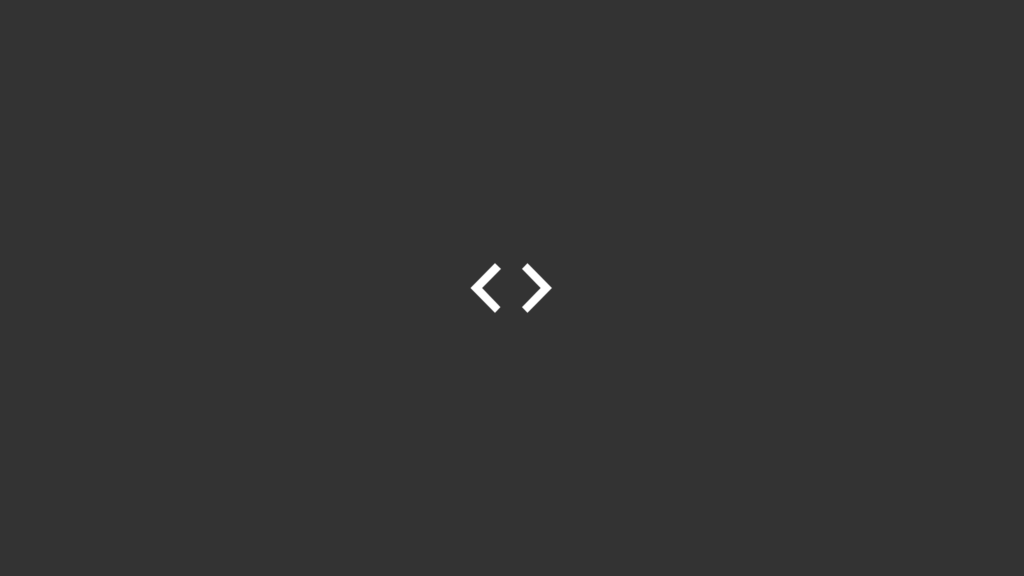 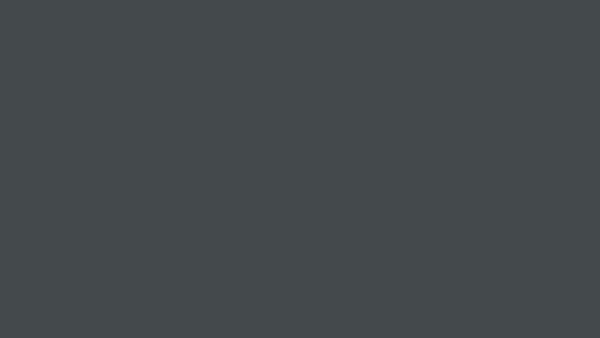 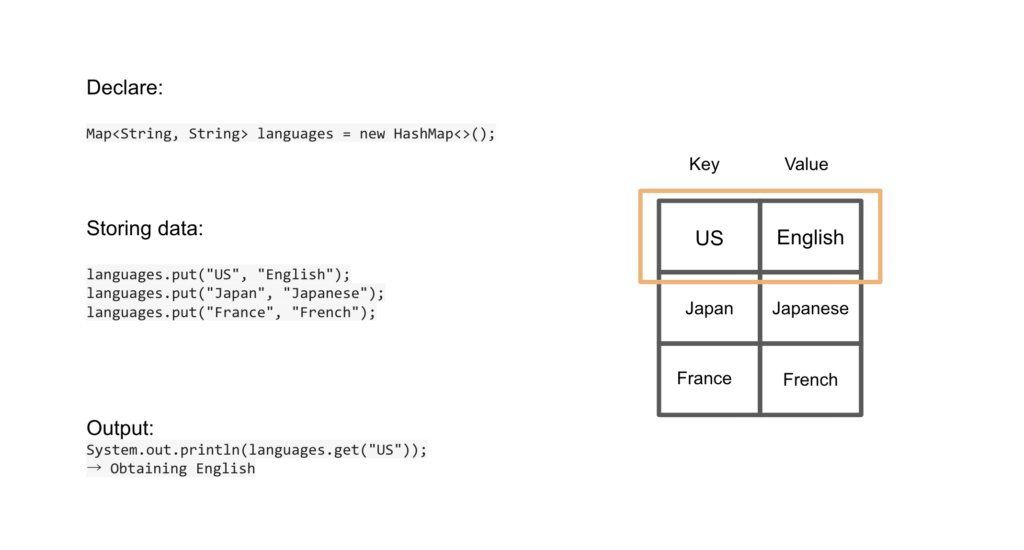 [Java] How to access data using array, ArrayList, and map